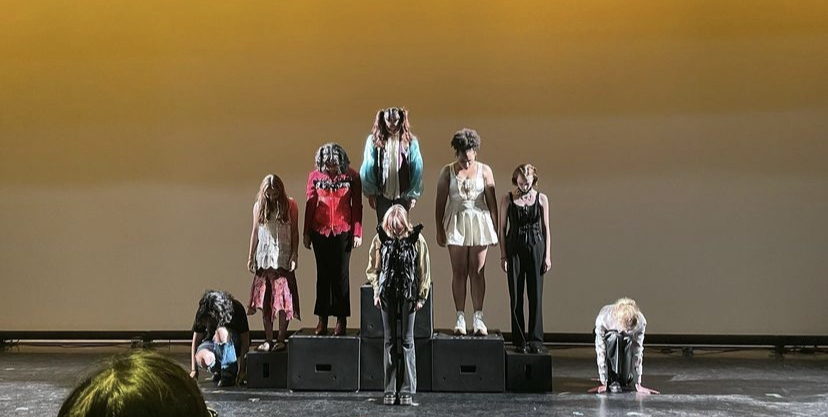 Seniors in AVPA-T at BCA were handed the torch of responsibility for directing and putting on a show. BCA’s One Act Festival is an annual event that brings students together from different academies to create multiple 10 minute performances that will be showcased over three nights for BCA staff, students, and families.

These performances are directed by the senior class as their final Capstone project and limited assistance is offered by their theater-based teachers. Students participate in the festival by engaging in stage directing, acting, or even the technical aspects that go into the final productions. To understand the directing process of these plays, two seniors, Anna Kordzakhia and Anika Dhulipala, were interviewed to provide further insight as to what they experienced while being in charge of bringing the magic to the show. 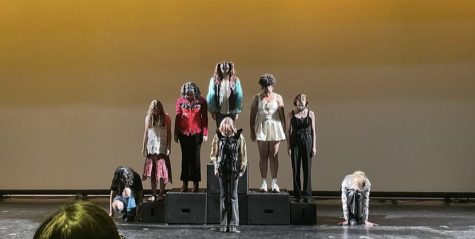 Anna will soon be venturing out to NYU to start a new journey majoring in Dramatic Writing. Anna and her two stage managers, Sid and Sam, worked with 8 performers to put on the show “Eight” by Luke Pond. The play is about the process of dying and what it is like. Many believe that this show is set in “limbo,” however there is no correct interpretation, according to the author. Anna worked to create each of the eight cast members a part of one conscious person in the process of dying. Personally, after working with Anna, this play has truly provided a loving and fun environment for the cast and crew to work in.

“Seeing the actors in the moment finally feeling like they’re really in it and you can see something click on stage and I love that. I definitely spent a lot of time outside of class figuring out exactly what I wanted to do with this play but that’s also because I’m very particular about what I want a show to look like and what I want an audience to get out of it. I spent a lot of time blocking, re-blocking, figuring out how I wanted the lights, talking to the playwright etc.”

As a director, Anna was able to give each character a unique costume and makeup design, and established a very unique set for her One Act. Overall, Anna’s collaborative cast, supportive stage crew, and lovely instructors have allowed her to grow as a BCA student and create a one-of-a-kind show. 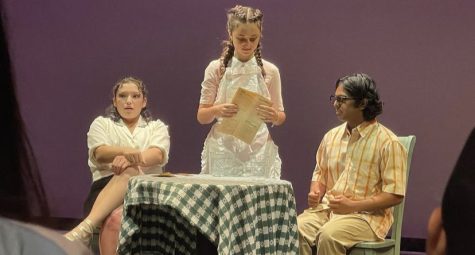 Anika, with the help of her stage manager, Cougar, directed the play “Surprise” by Mark Levine. This comedy involves three performers and surrounds the dramatic breakup of a psychic that drives his date to insanity at a diner, which is followed by a heartwarming realization of his true love. Anika was faced with creating drastically different dynamics between characters, seeing that she had to incorporate elements of love and hatred.

When asked about the amount of time she invested in the experience overall, Anika noted that she had initially devoted most of her time into planning each rehearsal because her cast needed to have their lines and blocking memorized three weeks in. Toward the middle of the process, she was more inclined to spending personal time on costume development, props, and character work. She also had to create lighting cues and work on set design, but that was a priority at the end of rehearsals. Thus, it is evident that directing a One Act requires commitment and a series of tasks to fulfill.

Throughout the process, however, Anika enjoyed working with her cast on a weekly basis.  “The collaboration that is involved in directing is very rewarding to be a part of. I love talking to my cast about the show and bouncing ideas off them. I also have loved working with my cast in general!” Through the cooperation and relationships she made along the way, Anika noted that she would not change anything about the experience.  Though constant changes in scheduling were uncomfortable, Anika worked diligently to present a show that ultimately received laughs and praise.

One Acts have been a wonderful way for students of all academic disciplines to meet and work to create one amazing, unique festival for all of BCA to enjoy. Anna concluded that “At the end, somehow, it does really come together and I never believed anyone when they told me that until now.”