What is the Value of Standardized Tests in College Admissions? 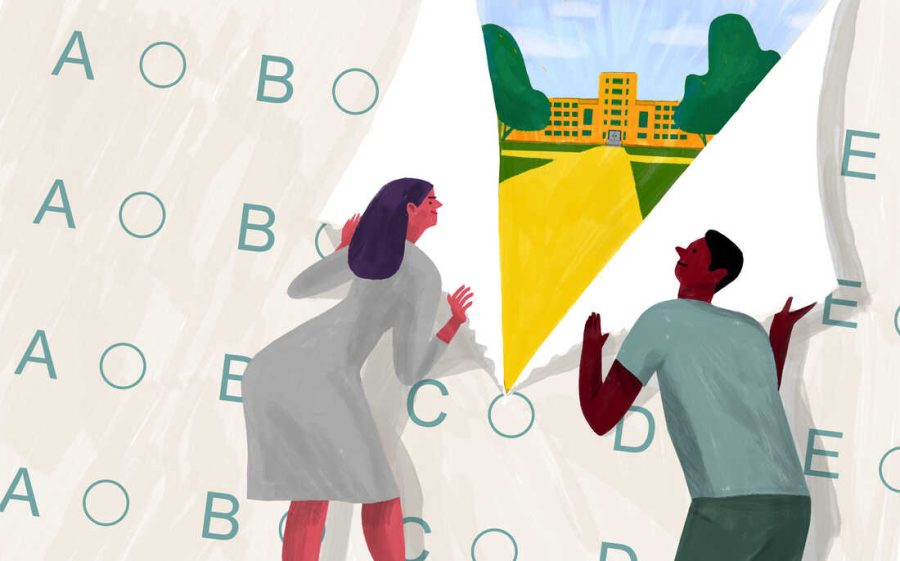 The role and importance of U.S. college standardized tests have changed in the college admissions process. Many colleges have become test-optional, giving students the choice to submit their SAT or ACT scores or not to. Last year, the College Board announced that students no longer can take SAT Subject Tests–also known as SAT IIs. While this news might relieve stress for many high school students, it also sparks the question of what aspect of the college application will admissions officers emphasize more now? And does the cancellation of such tests truly add less burden to BCA students?

According to the College Board, the SAT is the “best way to show colleges [a student] [has] the skills and knowledge they want most.” These two tests were once a requirement for the college admissions process. 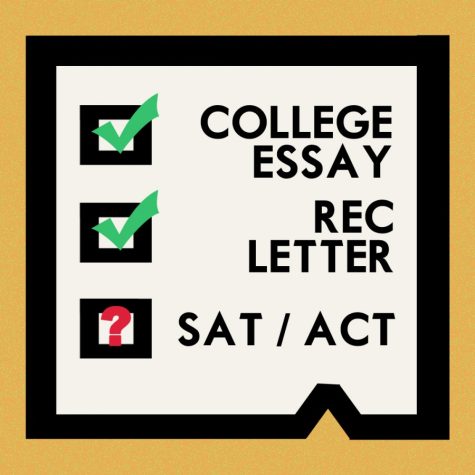 However, more and more colleges are waiving SAT and ACT score submission requirements. There are many factors to this shift in the admissions process. One of the most influential factors is the COVID-19 pandemic. According to IvyWise, an educational consulting company, the pandemic limited testing availability for students in 2020. And since at-home testing was ruled out, 72% of colleges adopted test-optional policies in 2020, and now “75% of four-year colleges and universities in the US are test-optional for the 2021-22 application cycle” (IvyWise). Some colleges such as Harvard College are extending this test-optional policy to stay longer until the college class of 2026 and others even permanently.

However, test-optional policies existed before the COVID-19 pandemic. In March of 2019, “Operation Varsity Blues”, the largest college cheating and college admissions bribery

scandal in the U.S., sparked questions regarding the true value of such test scores. To add, according to the New York Times, the SAT and ACT have long been criticized for giving wealthier students an advantage since their “families can afford expensive prep exams and coaches” (Vigdor, Diaz). Ultimately, ACT and SAT scores are becoming less of a key factor in the admissions process. As a result, test-optional schools will place greater emphasis on other factors of the application such as a student’s GPA, AP and IB classes, as well as their extracurricular activities.

To summarize, colleges, specifically those that are test-optional, will focus more on a student’s GPA

and college-level courses such as AP or IB classes rather than their SAT, ACT, or SAT Subject Test scores to determine if that student is fit for their school or not. However, schools such as BCA are already academically rigorous, so, with the growing emphasis on GPAs, are BCA students at an advantage or disadvantage?

“I was very relieved that I don’t have to study for the subject tests anymore,” says Chris L., a BCA junior. “I was happy when I heard the news about SAT IIs being canceled because I saw all the stress that my friends had from preparing for the test, so I felt glad that I didn’t have to worry or go through that.”

Similar to Chris, Lauren S., a BCA senior, also felt relieved when she heard that SAT Subject Tests were canceled and more colleges were going test-optional. “At first, although I felt that it was a bit of a waste spending all that time studying for SAT 2s, I was still glad that they were canceled,” says Lauren. “When I heard that ACT and SAT scores were optional, I was pretty happy and relieved about that because I wasn’t as pressured to do well.”

On the other hand, many students who had already invested months of studying for these standardized tests felt upset at this news. “When I heard that the SAT IIs were canceled, I was devastated and disappointed,” says David C., a BCA junior. “I took the SAT II biology and math II tests. I put so much time and effort into studying and preparing for those tests, so I’m disappointed that I can’t put those scores into my application. And while other people were preparing for things such as research and HOSA, I was, unfortunately, using my time to try and finish all my SAT II tests. But now, since you don’t have to do the subject tests, I feel like I was wasting all that time to do anything meaningful.”

Because of the cancellation of SAT IIs, most BCA students are deciding to take more rigorous courses to show their academic success. “The changes actually did lead me to take more

AP classes my senior year,” says Lauren. “I felt that since test scores were optional I should make that up with AP classes.”

David also mentions how he focuses more on the rigor of his classes now. “Like many, I can’t show my academic success through the SAT subject tests, so these AP and IB classes will have to show colleges that I really did put time and effort into multiple subjects.”

Now, with more BCA students taking harder classes, the competitive environment of the school is growing. “As the subject tests are now gone, I feel like there is a desire to take more rigorous classes and build up extracurricular activities to make an ‘accomplished’ college application resume,” says David. “Surely this will make the school, which is filled with really smart students across all of Bergen County, to become more competitive, as the fact of the matter is that most people in this school care heavily on where they will go after senior year.”

And with the need to take more rigorous classes, many BCA students are filling their schedules. “BCA is definitely becoming more competitive because of this change since everyone wants to take more AP and IB classes and get better scores,” says Chris. “I, personally, filled my schedule to the point where it is packed and I basically have no ‘frees’ anymore. Also, most of the students that I have talked to about this matter told me that they also feel like they filled their schedules but still feel like there is more competition.”

When asked about which aspect of the application will become more important, many BCA students believe that course rigor and extracurricular activities will be a bigger key factor now. “I think colleges will focus more on our grades and GPA, which AP and IB classes we take, and possibly our extracurriculars,” says Lauren.

Similarly, David says, “I believe [colleges] are going to focus heavily on GPA and extracurriculars such as clubs, sports, and more. Which, again, puts me at a disadvantage because I spent a lot of time focusing on SAT subject tests, which now don’t really count for anything.”

With the larger focus on extracurriculars, grades, and course rigor, many BCA students agreed that it is a disadvantage for them as students at such an academically demanding

school. “I think that even though BCA is a prestigious school, we are still at a disadvantage because it’s harder to get a good GPA at BCA compared to our town high schools which are considered to be easier for me,” says Chris.

Lauren also shares the same concern about GPAs. “As a BCA student, I believe that unless colleges acknowledge that it is harder to get really good grades at BCA than other schools, we will be at a disadvantage. Also, because BCA ends later, we have less time for extracurriculars.”

However, others believe that there are more advantages about going to BCA when it comes to the college admissions process. “I think that colleges will look at BCA students with more in mind that our classes are very rigorous, so although GPA is important it’s not the end of the world if you don’t have the best of grades,” says David. “And the opportunities present at BCA makes this school overweigh the advantages from the disadvantages.”

Ultimately, the admissions process is constantly changing and so students can never predict how much each factor of their application will matter. However, it is important to remember that high school is not solely about getting accepted into a “good” college or university. Having fun, learning, and making friends is as important or even more valuable than taking another AP class or getting a 4.0 GPA.