The Return of Doctor Finley 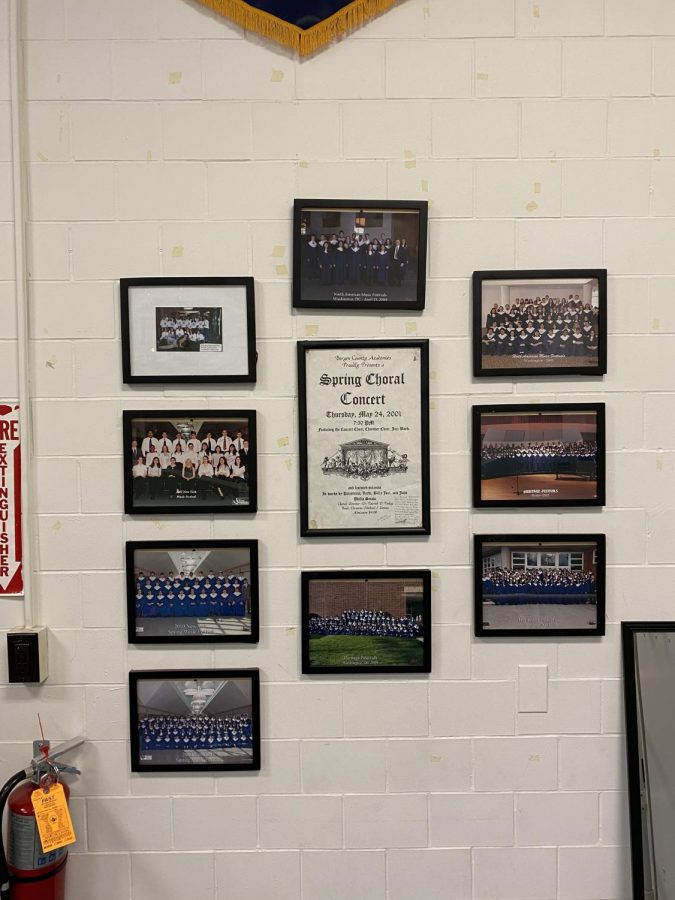 Dr. Finley retired as a Bergen County Academies music teacher in June of 2016. And after almost five years of retirement, BCA reached out to Dr. Finley because they were in need of a music substitute teacher.  With Mr. Spinelli, a BCA music teacher and the director of BCA’s choir, called up for active duty in the U.S. Coast Guard, Dr. Finley returned to substitute for Mr. Spinelli for the remainder of the school year. Now, Doctor Finley has been teaching at BCA since March and the Academy Chronicle spoke with him for an interview about his experience teaching.

Since Dr. Finley’s retirement, he has still focused on music. “I have been taking piano lessons, I practice 10 and a half hours a week, and I take lessons,” said Dr. Finley. “I’m a composer. I write accessible choir music for Mr. Spinelli. Some of it’s progressive, but my chamber music is pretty gritty. It borders on atonality.”

And when Dr. Finley was contacted by BCA to teach again, he was eager to teach despite the difficulties with the pandemic. “My first reaction was elation,” said Dr. Finley. “I missed you guys, I missed teaching. After I was teaching for a week, my second reaction was ‘My god, what’ve I done’. I expected that [BCA] was gonna run well because you guys had been experimenting for a year at doing this. So, I knew that I would not have to put up with what it was like for the teachers and the students last March.” He expressed his relief of returning to BCA later than sooner, as most of the major issues that stemmed from the pandemic had already been resolved.

Even after five years, Dr. Finley emphasized how BCA had stayed the same. “I was surprised by how [BCA] hadn’t changed,” said Dr. Finley. “And the reason is that it’s the same dedicated faculty and most of the faculty that I worked with, they’re still here. And, it’s the same set of academy kids. You’re an academy kid, just some of the smartest kids in the country. That doesn’t change. I walk in, and I’m teaching very high caliber kids, that hasn’t changed. So, I was surprised at just how quickly I fell right into what I had been doing before I retired.”

Upon returning, virtual learning had become the new “normal”. There were new pros and cons Dr. Finley faced since it was his first time teaching virtually through Zoom. “A positive aspect is that I would be sitting at home and I would put on my blue jeans and sneakers and put on a dress shirt and tie-and I didn’t even tuck it in!” said Dr. Finley. “And I was sitting at my desk drinking coffee, and that was not good-but I did enjoy that, that was nice sitting there. But the loss of human contact is such a crucial element of teaching.”

Regardless of how “normal” online school is considered, when it came to teaching certain classes, there were evident disadvantages with distance learning. For example, Dr. Finley expressed some of the new challenges with teaching classes like AP Music Theory over Zoom. “I used to just turn around, you guys would be in the room, and I would say, you know, this problem is four part writing, the solution is like this. And I would just turn around on that board and just scribble out a solution and there it was! And I can’t do that, it all has to be perfectly prepared to run on online.”

Nevertheless, Dr. Finley continued to express his enthusiasm for teaching during the interview. “It depends on which time of the day you’d ask me,” said Dr. Finley”. “If you asked me when I’m done teaching you guys, then I’m on top of the world. Or, when I teach those theory classes and it goes exactly right, or I give a lecture on Hector Berlioz-teaching is a high for me.”

Before retirement, Dr. Finley was such an ardent teacher that he had trouble sleeping when he first started teaching at BCA. “I’d lay there and I’d look at the alarm clock and it would say 2 A.M., and I’d think, ‘Only three and a half more hours I can get up and go work out and start teaching.’ And then I’d wake up again and it’d be four o’clock in the morning. ‘Only one and a half more hours I can wake up and start teaching again.’ Nobody I knew enjoyed their work as much as me. So, if you asked me again at the end of one of those classes, I’m in heaven. But, after I come home I think, ‘Now I have the rest of the day free.’ And I’m sitting there spending three hours planning one theory class and then grading papers for another hour and a half. I am miserable and thinking, ‘This sucks! This is terrible, this is horrible. I made the biggest mistake of my life.’ But, I love it.”

Dr. Finley also participated in the BCA Music department even after he retired. “Mr. Spinelli promised me that every year, he would put one of my compositions on the fall  program,” said Dr. Finley. “So I have been coming back and sometimes I guest conduct. Sometimes I’d rather he conduct my pieces. I think he’s (Mr. Spinelli) a better conductor than I am. So, I have plans to return on a regular basis to collaborate with the choir.”

Dr. Finley also gave advice to the students at BCA. “I grew up as a perfectionist,” he said. “And so, I had a lot of trouble because I fell short of my expectations all the time and it was very upsetting. And, I feel that I am teaching in a building that has eleven hundred perfectionists in it. And I think that the biggest mistake you guys can make is being hard on yourselves.”

He continues his story by detailing his experience at a music publishing company while he worked for his doctoral degree. There, the president of the company had taken a liking to him and one day the president asked him an unexpected question to Dr. Finley. “Do you know why angels can fly and we can’t?” he asked, to which Dr. Finley replied, “No sir, I don’t.” He answered, “Because they take themselves lightly.’

All in all, BCA is so fortunate to have Dr. Finley teaching the AVPA-Music freshmen Digital Keyboarding, the sophomores AP Music Theory, and the Juniors classes such as Advanced Theory and Music & Society. Despite the challenges presented by the pandemic, BCA is so thankful for having him come back to teach!