BCA Fencers During the Pandemic 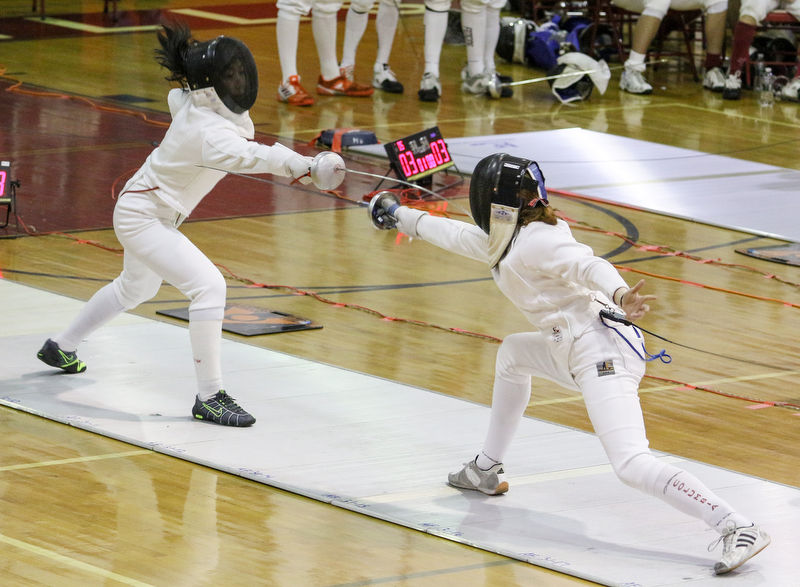 Due to the COVID-19 pandemic, sports events, competitions, and practices were either delayed or canceled. Hence, last year in early March, Bergen Technical High Schools’ winter sports ended earlier than usual. However, during this school year, BT sports have been conducted–but with required safety precautions. Due to such guidelines, athletes are experiencing many challenges and changes to their sports seasons. The Academy Chronicle spoke with BCA fencers on the BT Girls Fencing Team about their  varying perspectives on their fencing season this year.

During in-person practices and meets, all fencers were required to wear masks and socially distance themselves from one another at all times. “When we got to practice or meets, we always had to fill out a google form with questions about COVID-19 symptoms and any instances of travel outside the state,” said Lauren Y., a freshman foil at BCA. “We also had our temperatures taken. And I think that overall, everyone was really responsible outside of school, knowing that [the school]  would shut down the whole team if someone got sick.”

Additionally, Joelle A., a junior foil, says that BCA managed fencing practices and meets as safely as they could. “Any skin-to-skin contact was strictly forbidden even if it was a major part of showing sportsmanship in the previous seasons,” said Joelle. “The referees and coaches were all really keen on maintaining the six feet social distance and limiting the number of people allowed in one room, as well for the majority of the meets.”

However, there were limits on how to manage everyone’s safety. For example, in order to keep the fencers safe, their comfort had to be sacrificed. “I would probably give [this year’s fencing experience] a 6 out of 10 because fencing in a mask made it extremely hard to breathe,” said Penelope O., a junior saber. “BCA was good at reinforcing a policy of always wearing a mask, but there were just too many people in the same space for it to be considered safe. For example, at [one] meet, there were nineteen guys from Ramapo, our eleven BT guys, and then sixteen BT girls all in the upper cafeteria. That many people should not be in the same room at the same time, but there’s nothing [the school] could really do about it.” Essentially, although BCA did the best they could to keep everyone safe, there were still aspects during practices and meets that could have been improved.

Due to safety precautions, this year’s fencing season was shorter, as there were fewer meets compared to previous years. The BT Girls Fencing season typically begins in November; however, this year, the season started in early January and ended in early March.. 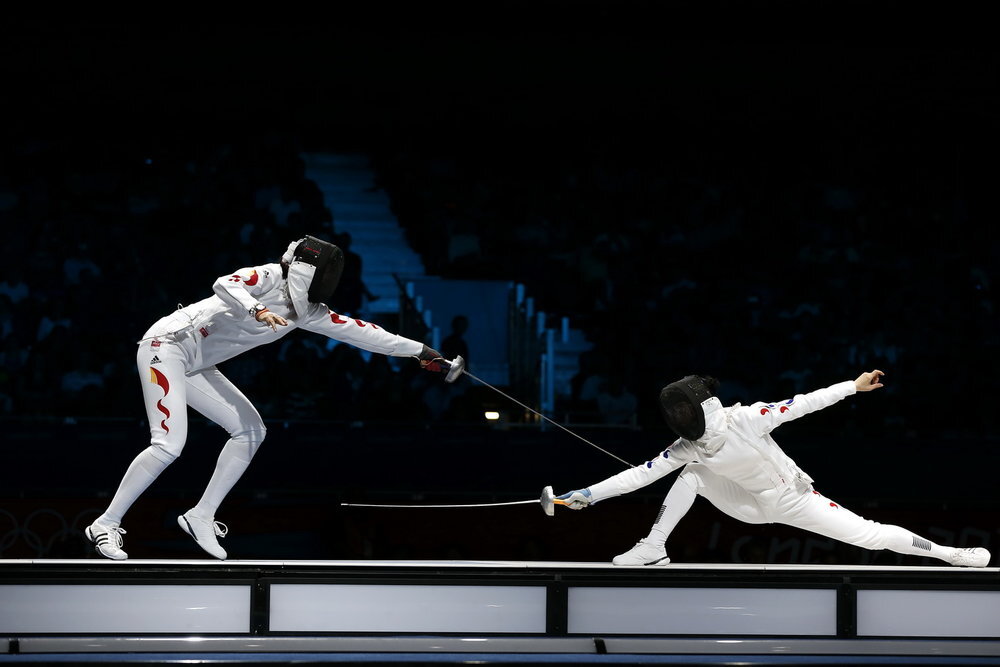 o the safety guidelines,” says Joelle. “This season can be best described as a mystery box from Mario Kart with how the schedule changed every day. There would be a meet organized for the next day, but it might end up being canceled due to the unforeseen weather or the opposing school rescheduling last minute. However, there were times where meets would be rearranged back to back, at most, three days in a row, which would be quite exhausting mentally and physically to attend.”

Additionally, because of the pandemic, “big meets such as the county and state meets-where we can compete for awards and gain recognition-were canceled,” said Penelope. “And we fenced less schools than we would have in a normal season since a few sports programs were shut down due to COVID.”

This news was a major disappointment to the fencing team, but especially to the new members. “For me, I was really looking forward to crushing it at States with the new foil squad,” said Lauren. “I also wanted to see how far we could go at the big tourneys since we went undefeated at the meets. But, even though I am a little disappointed that the big tournaments were canceled, this year was still a great experience!”

Part of the joy from sports teams comes from meeting new people and creating friendships. However, with social distancing and a shorter season, many new fencers found it difficult to socialize with one another.

“Since there were fewer meets and practices this year, I feel like the other freshmen and I are less connected with the rest of the team,” says Lauren. “We are all very friendly and supportive of each other, but I never had a chance to talk to everyone. Also, because there was no bussing this year we never sat all together as a team and had long conversations on the bus ride. The absence of big state tournaments also reduced our bonding time since there is usually a lot of waiting and tile to chill and talk at those competitions.”

Similarly Caitlyn P., a sophomore foil, shared the same concern. “I haven’t really had time to connect to my teammates other than my sister and friend who joined with me this year. But, I hope to bond with upper and lower classmen next season.”

Nevertheless, all the fencers for the BT Girls Fencing team agree that they enjoyed the season and are excited for the 2021-2022 season!