BCA Musicians During the Pandemic 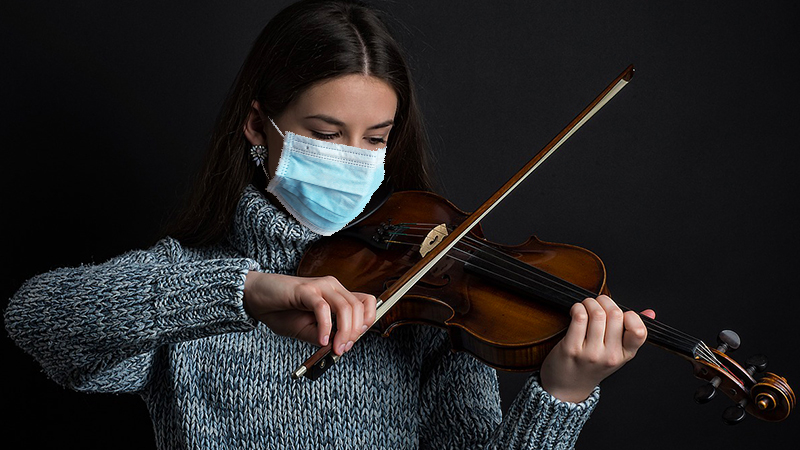 Since the beginning of the COVID-19 pandemic, many musicians received the unfortunate news of delayed rehearsals and canceled concerts and music lessons. With events canceled, most instrumentalists have looked for creative ways to keep performing while staying safe. Many BCA students have also followed new approaches to traditional concerts and music classes during the pandemic. 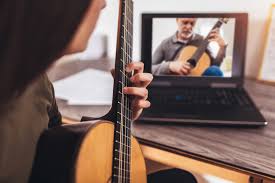 Due to masks, social distancing, and other required safety precautions, many music schools have closed momentarily. Instead of in-person learning, music lessons are held virtually. According to Madison D., a freshman harpist at BCA, her music classes at Mannes School of Music have been taking place over Zoom since March of 2020. “The transition from in-person learning to online learning was first confusing, but was a lot easier to operate later on,” says Madison.

“I definitely prefer in-person learning because the atmosphere in the classroom and the city is more motivating and special,” says Madison when asked about her preference between remote and in-person learning. “Personally, remote learning definitely makes it easier to feel less motivated. And since my music lessons are on the weekend, it’s harder to focus after finishing a whole week of remote learning. Not to mention technical issues that occur when multiple instruments are playing at once.”

Overall, it is evident that remote learning is less appealing to most students. During the interview 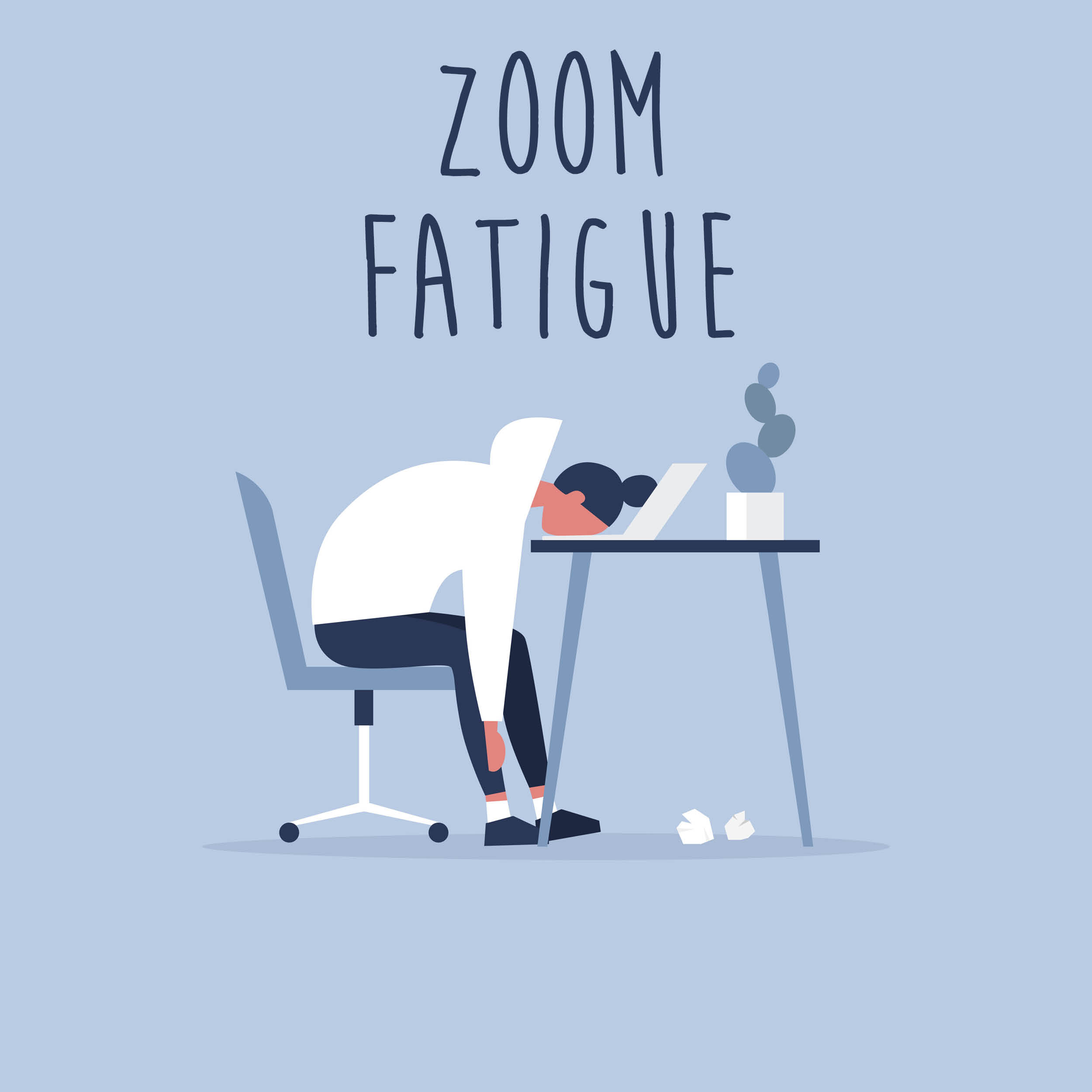 with Madison, she points out that “Zoom fatigue” is an influential factor in this problem. “Zoom fatigue”, according to the Psychiatric Times, is the “tiredness, worry, or burnout associated with overusing virtual platforms of communication”. As mentioned earlier, students are already spending hours staring at a screen five days a week, so it is no surprise that having to log onto Zoom during the weekend for another couple of hours may seem tedious and much less engaging.

Nevertheless, Madison says that there is “more freedom in what students can do in between classes and there is less of a burden to commute to New York every week.” However, she also says that she would not trade a little bit of freedom for interactive in-person music lessons.

The joy of playing in ensembles comes from being able to play with a group of different musicians. However, for that very reason, due to the COVID-19 pandemic, most in-person ensemble rehearsals and concerts have been canceled. Therefore, editing and combining recordings of musicians have become popular on platforms such as YouTube and Facebook. These videos give the illusion of ensembles playing together in real-time. This “trend” has become especially popular with orchestras and other ensembles.

Many BCA students are members of orchestras such as the New York Youth Symphony (NYYS). During the 2019-2020 season, NYYS Orchestra had to cancel its annual concert in May due to the pandemic. Instead, 71 members of the orchestra submitted individual video clips of themselves playing an excerpt from Mahler Symphony No. 1, Movement 2, and “Pomp and Circumstance” composed by Edward Elgar. The recordings were combined to create two videos that show the illusion of the whole orchestra playing together. Both videos were uploaded onto YouTube and share a combined total of over 40 thousand views.

A junior, violinist Ensley Kim, says her experience recording the two videos for NYYS Orchestra was a “very time consuming and difficult project.” “It was difficult to record overall because [members of the orchestra] had to listen to click tracks to keep up with the tempo,” says Ensley. “And although the result came out to be great, it was somewhat discouraging to see how the sound was entirely modified digitally rather than being a combination of all the different sounds of individual instruments. Personally, this type of editing was pretty underwhelming for all the work I put in preparing for the recordings.” Essentially,  technology allows orchestra members to connect and communicate, but it also takes away from the genuine sound of the orchestra and the instruments.

Furthermore, much of the excitement from playing in orchestras such as NYYS comes from the goal of being able to perform at grand halls. “The acoustics at Carnegie Hall and the excitement that [the orchestra] gets when playing in such a historical place are incomparable and cannot be achieved anywhere else,” says Ensley.

Nevertheless, “making the video was definitely better than not doing anything,” says Ensley. “And because NYYS is such a big group, there would not have been any safe option at the time. So in my opinion, I believe that NYYS did the best they could given the circumstances.”

There was also an overwhelming amount of support and praise from comments on YouTube as well as news articles from The Washington Post, NBC New York, and much more. Even CNN hosted its Fourth of July special with NYYS Orchestra’s video as the finale number.

During trimester one of this school year, Mr. Lemma, the director of BCA’s music department, managed the school orchestra elective. The elective was held over Zoom and it was a unique combination of rhythm training, string sectionals, and orchestra rehearsals.

“[Students] would rehearse individually with the soundtrack playing in the background in the main room of the Zoom meeting,” says Iris H., a freshman violist who took part in the school orchestra. “And personally, the rehearsing method was pretty effective especially, when the orchestra would occasionally split into breakout rooms within our sections for extra help. The rehearsals were also really well planned out to maximize the usage of time and I thought [the orchestra] made lots of progress after each rehearsal.”

The school orchestra created two recordings for BCA’s virtual winter concert: “Remember Me” by Kristen Anderson-Lopex and Robert Lopez, from the Disney movie Coco, and “Christmas Time is Here” composed by Vince Guaraldi. The two pieces concluded the winter concert.

Egor Maximenko, a freshman who also participated in the virtual concert, shares his experience of being a part of the orchestra recordings. “It was very interesting,” he says. “I feel great that I got to play with other musicians. And despite that the concert wasn’t in person, the feeling of being a part of such a huge project was amazing. Also, I’m truly impressed with the video and all the work Mr. Lemma has done to put all the recordings together.”

Ultimately, both Iris and Egor agree that they enjoyed being a part of BCA’s 2020 Winter Concert and would definitely consider participating in the spring concert.

All in all, although it is difficult to replicate performing in front of a live audience, by coming up with safe and unique ideas, musicians from BCA and all around the world have the chance to spread the joy of music even during a global pandemic.