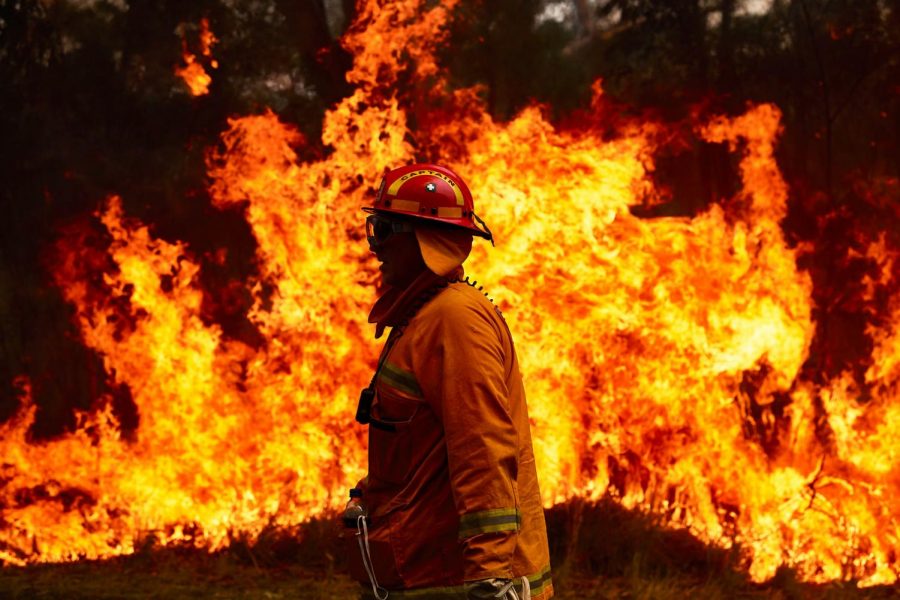 Two years after a drought started to plague Australia, it was announced that the country was experiencing its driest spring ever in October 2019. Simultaneously, Australia’s annual bushfire season officially began. Together, these weather conditions caused the embers from the bushfires to travel at a dangerous pace, creating chaos in New South Wales.

With over 27.2 million acres of land scorched, it is difficult to visualize the extent of the damage these fires have done to our Earth. The affected land amasses to the equivalent of the majority of the United Kingdom, Japan, or the New

Despite Australia being located close to the other side of the world, the students at Bergen County Academies have connections to the fires. In a school-wide survey, about ten percent of the respondents said they know someone who is affected by them.

Fortunately, the majority of students at BCA who have family in Australia say that they are not near any dangerous areas. A select few, however, are worried for their loved ones. “My mom’s sister lives in Australia and they have been concerned for many weeks that the fires may reach them,” shared one student.

When these fires erupted, organizations flocked to social media platforms such as Instagram to help raise awareness and collect donations towards the cause. However, there is an epidemic of social media accounts that are exploiting crises like the Australia Bushfires. Users create these account to gain a large following and publicity through fundraisers. The fundraisers include a promise to donate an amount of money for every repost, follow, or like the account receives.

The ability to repost a picture in order to share with one’s followers has become effortless over recent years, ergo a popular action among users to contribute to a cause without strenuous effort. Fake organizations thrive through the repost function on Instagram because it allows their account to be shared among

users at a rapid pace, providing it with abundant exposure. While the exponential dissemination of information allows for the awareness of crises to spread, contributing to these fake fundraisers gives users the impression that they are making an impactful donation to a cause, when in reality, they are not. The increase in fake fundraisers also diverts users from reputable organizations, therefore limiting the amount of donations reputable organizations could have received.

Unfortunately, because there has been an increase in the creation of fake social media organizations due to crises such as the Australia Fires, it is necessary to understand how to differentiate between legitimate and fake organizations. In the aforementioned survey, students were asked if they knew how to identify a fake organization on social media. Only about 22% percent of students replied“Yes.” This is alarming because the majority of social media users are of high school age. The few that did know said that they check if the account is verified which is denoted by a blue checkmark next to the username. While these verifications are commonly seen on accounts owned by celebrities, they are also reserved for well-known and highly searched-for brands, which include nonprofit organizations. Other students replied that they either “look at the website, look at the post history, or do a quick search on the internet.”

While calls for help in the media have subsided, the fires are still raging on and causing a severe heatwave with maximum temperatures of 104 degrees Fahrenheit. Through the thick fog of false promises and unreliable social media presences, there are organizations that are making serious contributions such as the Australian Red Cross, NSW Rural Fire Service, and Port Macquarie Koala Hospital. Before making a contribution to an organization, consider its reputability and history, as adding to a fire has a domino effect of consequences.

When and how the Australia bushfires started in 2019 – Insider

Instagram Accounts Are Exploiting the Sudan Crisis – The Atlantic

Australia fires, Fire Map: 5 Questions Answered Including How Many Hectares have Burnt, Where are the Fires Burning, When did the Fires Start – CBS News

How to Help – New York Times